Fancy a robust red wine? Syrah fits the bill. This bold, fruit-forward red originates from the Rhône Valley of France, where the grape has been cultivated since Roman times.

Syrah is the offspring of Dureza, a dark-skinned grape, and Mondeuse Blanche, a white-skinned grape. It is one of the darkest, inkiest reds, deliciously fruity, with a soft texture that perfectly complements the medium-high tannins.

As the world's fourth most planted red grape, Syrah enjoys a place on every connoisseur's wine rack. It stands out from Cabernet Sauvignon (the most popular red wine) with elegant, harmonious flavors and a delicate mouthfeel.

This complete guide to Syrah covers everything you need to know about the wine, including the grape's origins, tasting notes, and serving preferences.

Syrah stands out among a sea of red wines with a deep ruby-red and purple hue, leaning to crimson purple when blended with Petite Sirah.

This is a dry wine with medium to high tannins. Extended oak aging softens the tannins and brings out spicy notes that underpin dark fruit flavors. It typically has a 13 - 15% ABV, with most varieties hitting the top end.

Although it originates from France, the Syrah grape is grown in most major wine-producing regions, including Australia and the US. You can expect different tasting notes depending on where the grape is grown and how it is vinified.

Generally, Syrah is a fruit-forward and bold red wine, with potent dark fruit flavors of blackberry, blackcurrant, and forest floor. Baked plum and flavors of vanilla and baking spice give aged varieties a complex character.

The climate also affects Syrah. Cool climate Syrah has a lean profile, with sharp red fruit notes, while warm climate Syrah is more decadent and darker. Most Syrah is grown in warm climates, with the extra heat helping the grapes ripen.

Syrah wine can be rich and jammy or lean and structured. Wines aged less than six months are lean, with more tannins and acidity, while wines aged for extended periods (up to 18 months) have refined tannins and spicy notes.

Most Syrah is aged between nine and twelve months, unlocking complex notes of spice, vanilla, and in some cases, licorice.

The typical Syrah's structure is heavy on black fruit, including boysenberry, blackberry, blackcurrant, and black cherry. Australian Syrah (called Shiraz) usually has a pleasant undertone of plum, while French Syrah has notes of blueberry.

Unoaked Syrah, although rare, is worth hunting out if you enjoy more red fruit notes with a larger dose of earth and green herbs.

Although famous for its fuller-than-full body, most Syrah wine has a medium-full body, making it a match for plenty of foods.

There are also distinct differences between French and Australian Syrah. You can expect more fruit from Australian wines and more earthiness from French wines. French Syrah is fuller and darker, while Australian Syrah is lighter on the palate.

How is Syrah Served?

Syrah is best at room temperature (60–68°F / 15-20°C), with the ideal serving temperature around 65°F. You get pronounced tannins and stronger spice notes with aged varietals at the higher end of the scale.

You can serve Syrah in any wine glass, but a standard wine glass works best. Decanting for one hour helps the flavors develop, but it isn't necessary – you can pop the cork and let it sit for ten minutes to help develop the flavors.

You should keep Syrah refrigerated after opening and let it come up to room temperature before serving again.

While some legends claim the Syrah grape originated in Shiraz, the capital of the Persian Empire, DNA evidence tells us otherwise.

The evidence shows that the Syrah grape is a cross between Dureza, a dark-skinned grape, and Mondeuse Blanche, a white-skinned frape, both of which are French. This is proof that the grape is of French origin.

The Syrah grape originates from the Rhône Valley of France. It has grown in the Rhône since Roman times and became prominent in France during the 18th century - the same century Australia saw its first Syrah plantations.

The French-Australian connection to Syrah is so strong that Australia has its own spelling for it – Shiraz – to differentiate the wines.

However, climate differences between France and Australia led to distinctly different wines, with French earthiness replaced by Australian fruitiness.

Syrah's popularity exploded between the 1980s and 2000s, with planted hectares jumping from approximately 10,000 to over 450,000 hectares. The world fell in love with Syrah, which remains one of the most popular red wines today.

Syrah originates from the Rhône Valley, and it remains France's key producer. Northern Rhône grows Syrah exclusively, with no other grape plantations in the area, and wines from this region are the benchmark for all other Syrah's.

Paso Robles is the critical Syrah-producing region of California, producing Rhône-style wines with deep spicy notes. Earthy and full-bodied, Paso Robles Syrah is dense and chewy and sometimes blended with Mourvèdre and Grenache.

Speaking of cheese, Syrah is the ultimate wine for cured meat and cheese boards, with the fruit-forward flavors and aromas helping accentuate a cheese's creaminess. Because of this, Syrah makes a fantastic wine and cheese aperitif.

Syrah’s fruity complexity also makes it an excellent sipping wine on its own.

We've got a dedicated guide to pairing Syrah with food if you'd like to take a deeper dive.

These are some the tastiest Syrah/Shiraz wines that I've tried in recent time.

Founded in 1849 by British brewer Samuel Smith, the Yalumba winery is in the heart of Barossa, specializing in red varietals. Y Series Shiraz is produced in the traditional style and is vegan, natural, and gluten-free.

Penfolds Bin 28 Shiraz is a step up from the Yalumba Y Series in depth. It has oaky, chocolatey notes with solid flavors of blackberry and blackcurrant. A twinge of pepper and licorice on the mid-palate gives it a lush profile.

It'll set you back around $85, but Shafer Relentless 2018 is worth it. It contains a relatively high percentage of Petit Sirah (6%), with layers of blackberry compote, red fruit, black tea, and a hint of earthiness, giving it a rugged profile.

Shafer Vineyards began in 1972 in Napa Valley, California, specializing in producing fine wines. Shafer Relentless 2018 is rich, loaded with notes of black fruit and peppery spice for a warming mouthfeel. The finish is long and fruity.

Let's finish with some fun facts about Syrah to impress your friends with!

1. Syrah is amazingly versatile for blending

Some of the finest Syrah varieties are blends. Syrah blends perfectly with a small amount of Viognier (yes, the white grape) and Cabernet Sauvignon. A Grenache and Mourvedre blend creates a classic Côtes du Rhône wine.

Blending Syrah takes away its fruit-forward palate but adds complexity to the mid-palate, with light-bodied Grenache adding notes of strawberry.

2. Syrah is the most successful grape in Rhône

Syrah not only originates from the Rhône but also dominates the region, which is divided into north and south sections. Syrah is the only red grape grown in the northern Rhône, and it makes up over 80% of plantations in the south.

France has over 70,000 hectares of Syrah grapes, with France being the world's largest producer of Syrah wine overall.

3. Syrah is the most successful grape in all of Australia

While French Syrah is the purist's choice, Australia has more Syrah plantations than any other grape. Due to the warm climate, the Aussies can't get enough of it, with the grape thriving in South Australia and New South Wales.

4. Cold Soaking – the secret to an exquisite Syrah

One of the key steps to a great Syrah is cold soaking, which actually refers to the maceration of the grape skins in the grape juice for at least a week. In some cases, the maceration lasts for several weeks, depending on the result winemakers want to achieve.

This process enhances the fruity aromas of the wine while it lowers the content of tannins and the herbal aromas. At the same time, cold soaking is responsible for the intense dark red color of the wine.

There's just so much confusion and misunderstanding with Syrah! So, Shiraz and Syrah are the pretty much the same. It's the same grape made in different regions. Syrah is typically French, and Shiraz is typically Australian. Though the distinction is usually Syrah for Old World and Shiraz for New World.

They don't taste exactly the same though. The influence of climate and terroir mean Shiraz is usually a bit riper, bolder, and fruitier.

Then there's Petite Sirah! This is actually a distinct grape variety though. It was formed when Syrah was crossed with Peloursin. I guess you could say it's the child of Syrah. 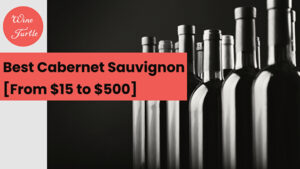 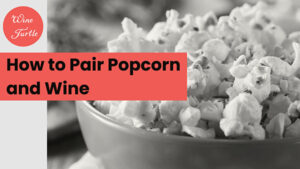 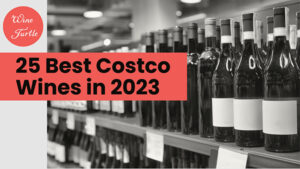 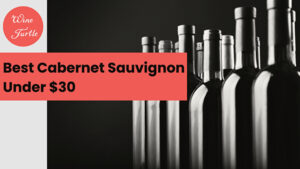 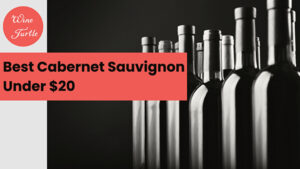