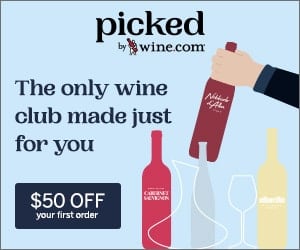 30 Best Merlot Wines [Essential Wine for Every Budget in 2022]

What's The Difference Between Cider And Wine?

While that’s true, it’s only one of many differences between the two. There’s also the fact that, while it isn’t very common, you can also make wine out of apples, too. So that leads us to check out what actually makes cider and wine different.

Some of them might be pretty obvious, but others might be slightly surprising. Even if you’re a fan of either drink, some of the differences and even some of the facts about both drinks mightn’t have occurred to you before.

For the sake of clarity, we’re generally going to ignore non-alcoholic cider and non-alcoholic wine, as they could be an entire subject for another day.

We’re not going to go too far into some of the obvious differences, but just so we’re on the same page, these include the likes of taste, appearance and major ingredients, as these are pretty self-evident. However, there are some differences in these categories when it comes to apple wine and apple cider, so we’ve elaborated further there.

The Differences Between Cider And Wine

Since we’ve already mentioned the fact that they’re normally made out of two different things, we’re going to leave that to one side and just focus on some of the core differences between cider and wine. We’re also going to leave aside the difference in appearance, as this is also down to the fact that cider uses apples and wine uses grapes.

These key differences between cider and wine come down to a few different things, namely:

This is another one of the more obvious differences, but it’s worth mentioning anyway. Cider typically comes in two forms, cider, and hard cider, while a wine comes in three, red, white and rosé. The only difference in the two ciders is the fact that hard cider goes through the fermentation process, so it has an alcohol content.

No matter the type, all wines go through the fermentation process, so they all have an alcohol content. This leads us perfectly into our next difference, which is:

Obviously, this doesn’t affect non-alcoholic cider, so we’re going to leave that aside. That, being said, though, there is a major difference in alcohol content between Cider and Wine. Cider usually has an alcohol content of between 3% and 8%, depending on the distiller, etc.

Obviously, you might find either cider or wine outside of those ranges, but generally speaking, they tend to stay in that range. Because of that, you won’t regularly be finding an average cider that has more alcohol than average wine. According to some reports, in many countries, cider isn’t legally considered a cider unless it’s within that particular range, which is why you won’t generally find it outside of that.

On the other hand, the sugar content for wine is normally around 2%, but some of them go as low as 0.7%. This is because, the longer the process goes on, the more sugar that’s used up. Because of that, there’s less sugar in the final product. The sugar generally ferments throughout the entire process and is one of the main reasons why the alcohol content for wine is a lot higher than it is for cider.

The Differences Between Apple Cider And Apple Wine

We mentioned above how wine is typically made out of grapes, but that isn’t always the case. For example, there’s also the case of apple wine, which then leads to the question of the differences between apple cider and apple wine. In order to demonstrate the difference, we first need to highlight how hard apple cider is actually made.

Apple cider is typically made by crushing the apples and then putting them through the fermentation process. This can be done through a variety of methods, but generally speaking, it’s similar enough to how wine is fermented, except for the key differences that we mentioned above.

These basically entail pasteurizing the cider, if that hasn't already been done, tossing some yeast into the mixture, sealing it, and monitoring how much gas it's letting off. After that, you just let it sit for a while, and then begin draining it off into bottles or glasses. The only real difference between different ciders is what kind of flavorings etc. are used throughout the process.

The fermentation process for apple wine, however, isn’t much different. All of the core parts are essentially the same, except for the fact that the wine is left to ferment for longer. It also typically uses a lot more sugar throughout the entire process. Despite that, however, the final product still generally has a lower sugar content than typical cider, due to the fact that most of the sugar is used up during the fermentation process.

The extra sweetener helps the apple wine to ferment for longer and is one of the main drivers that help bring the alcohol content range, depending on how long you let it ferment for. This ends up creating a number of other differences in the final products, for example:

We’ve already mentioned that the extra fermentation time and sugar help boost apple wines alcohol content; generally speaking, it brings it up to the 12% to 14% range, which is quite a jump compared to traditional hard cider.

As we covered above, hard cider is normally below 8%, as in some countries, if it’s above that, then it’s legally not considered a cider, according to a number of reports. Because of that, despite using apples, that’s why apple wine is technically considered wine, despite resembling a cider with a longer fermentation process.

The difference in appearance between cider and wine is just as crisp here. Depending on the distiller, cider can have one of several different appearances; however, they’re fundamentally similar to each other in a number of ways. Cider can go from cloudy to clear, and it is available in a variety of shades, from colorless or brownish. Aside from filtration, the changes in the color of cider greatly depend on the apple varieties used during the manufacturing process.

Aside from the different apple varieties, the only main differences in appearances are down to certain changes in the fermentation process.

The appearance of apple wine – and wine in general – couldn’t be much more different. Wine normally isn’t cloudy in nature, and this is also true for apple wine. Having said that, the color of apple wine is somewhat of a mix between cider and typical wine, with the apples having a certain effect of the final appearance of it.

This is typical of wine, however; wines generally get their appearance and color from what’s used to create it; stained grapes for Rosé, dark grape skins for red and non-colored pulp for white wine.

The taste difference between cider and wine is pretty palpable, but what about between these two? Surprisingly, the taste difference between these two is almost as clear as it is between cider and regular wine. While apple wine obviously has an apple-like taste, it’s still more bitter than a typical cider, due to the longer fermentation process and the reduced sugar content.

In the end, it all comes down to preference. Do you enjoy the crisp, refreshing flavors of cider? Then go for it! Do you want to enjoy a lighter or fuller body white or red wine, that's fine too.

Remember, what matters the most is that you enjoy whatever beverage you have in front of you! So, Cin-Cin!

Although not having any formal training in wine, Tim has developed an irrefutable love of wine and interest in anything related to it ever since his late teens.

Coming from a family of wine lovers, it was from a young age that he got exposed to wine and the culture that goes with it.

Tim has travelled to dozens of wine regions across the world including those in France, Italy, California, Australia, and South Africa.

It is with great joy that he hopes to share those experiences here on wineturtle.com and take you along on the journey for a second time!