Can You Drink Cooking Wine?

Can You Drink Cooking Wine?

Have you ever wondered if you can drink that expensive cooking wine in the cupboard? In the following post we look at why young people have started a new trend and why it’s such a bad idea. 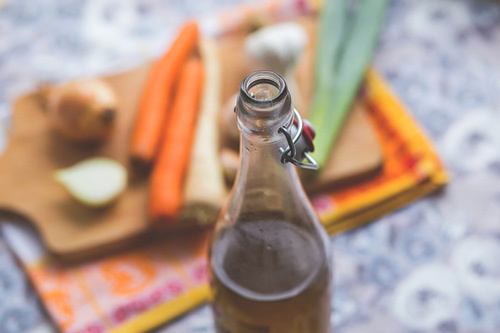 The question posed in the title of this post may seem completely ridiculous to many connoisseurs. After all, it’s called cooking wine for a reason, right?

Recently it has become clear, as pointed out in CBS Philly and related in the Daily Mail, that many underage drinkers are choosing cooking wine to get that hit of alcohol.

Now, let’s face it, we were all young once and probably many of you reading this had dalliances with alcohol below the legal age.

However, rather than just having the usual damaging effects that comes with drinking underage, is drinking cooking wine worse? That’s what we are going to discuss.

What Exactly is Cooking Wine?

First things first, it’s probably a good idea to clear up just what the term cooking wine describes. It’s important to understand that using ‘cooking wine’ in cooking is completely different to ‘cooking with wine’.

Cooking wine is a high-alcohol and preservative-filled liquid. It is used to add flavor to dishes and comes in red, white and sherry varieties to name a few. There are around 10 main types of cooking wine available.

Recommended Article: Check out some of the best substitutes for Madeira wine when cooking in this guide.

There are several differences between cooking wine and wine made to be drunk. For one thing, they are normally found in completely different aisles and sections of stores, with cooking wine being more commonly placed next to vinegars and other cooking and pantry ingredients. Not in the beers, wines and spirits section, with the rest of the wine.

The other major difference is that although it is high in alcohol and preservatives, it is also high in salt. In fact, it’s thought that there is around 1 ½ times over the RDA of sodium found in a full 12-ounce bottle of cooking wine. That’s why if you’ve ever come across recipes that require cooking wine, they often will not require any additional salt added to them.

It's pretty unhealthy stuff that you really don't want to go overboard with!

Does it Actually Taste Good?

Now, obviously, as we are talking about underage drinking, taste is never top of the list for what teens want from an alcoholic drink. However, from the point of view of people who have never drunk cooking wine before it’s still worth asking if it tastes good. Especially when you consider that a bottle is only likely to contain the same amount alcohol as three to four beers.

Anyone who has ever tried drinking cooking wine will tell you the same thing, that it tastes incredibly salty. There’s no subtlety of flavors from the grape varieties used to make the wine.

Is it Safe? Are there Any Health Effects?

As noted above, there’s thought to be at least 1 ½ more times the RDA for sodium found in a 12oz bottle of cooking wine.

That means, if you drink it and can manage to keep it down, you are instantly upping your intake of salt for that day. When you then factor in what you eat, or what kids eat, it could mean they are intaking around 10,000mg of salt every day they drink cooking wine.

It doesn’t take a dietician or doctor to know that that’s way too much salt. Drinking cooking wine therefore is dangerous, and even more so if there is a history of hypertension, liver disease or kidney disease in the family.

Recommended Next: Don't miss our guide to wines best drank with pizza!

So, Why Drink It Instead of a Nice Refreshing Beer or Actual Wine?

Well, as always this comes down to several logistical factors. For one thing, cooking wine is a lot less expensive than the average bottle of Cabernet Sauvignon or Zinfandel. This obviously makes it instantly attractive to underage drinkers who don’t have a salary and a budget to spend on alcohol. Cooking wine means they can spend their allowance on getting drunk at the weekend with friends.

Another factor that makes it more appealing is the fact that in one bottle there’s the equivalent of three to four beer’s worth of alcohol. That makes it incredibly convenient and easier to carry than a six-pack. Ideal, for when you are trying to sneak it past your parents or hiding it from site when cops are rolling by.

Finally, you may remember that we said cooking oil is displayed in a different section in most stores. It’s normally found in the pantry section alongside vinegars and similar flavorings. So, it’s in a less suspicious place and much easier for a kid to grab and take to the checkout.

Surely though when they reach the checkout, they will be told to put it back or threatened with their parents being told? The truth is nothing would happen. Why? It doesn’t count as an alcoholic drink and is not regulated by the state’s liquor control board. This ties back to the high sodium content as its considered non-potable and the board figures most people won’t drink it.

So, basically, the kids have access to a drink that they can buy without any ID, that’s inexpensive and has enough alcohol to get them drunk.

No, unless you are trying to kill yourself that is. It’s not refined, doesn’t have a complex palate or heady aroma, but has a stronger saline taste to it than the average mouthful of seawater.

If you don’t believe us, or the Philly PBS, Daily Mail, or even MyRecipes.com, try it for yourself. Next time you have the opportunity, pour yourself a little cooking wine and see how quickly you spit it back out. Don’t say we didn’t warn you!

What is Ripasso Wine?

What is Meritage Wine?

Hello from the team! We're the heartbeat of WineTurtle.com :) Working with Tim, we make sure you (the readers) get excellent wine-based content on a regular basis. Leave us a message down in the comments section and one of us (or Tim) will get back to you promptly!

Once upon a time, I was homeless and unemployed. I did manage to get food stamps, and I soon discovered that cooking wine was covered by food stamps AND could be purchased on Sunday and in the middle of the night.

It was definitely salty, but it would get a body drunk enough to survive a hangover….